Pi-hole is a great and easy addition to security. The automated installation is a nice thing, but did not work on my system. The core of the problem was that I wanted to install it on a Rasperry Pi that already had dnsmasq running  on it. And of course that dnsmasq was configured to provide DNS services to the Pi. What then happened was that, as an early step of the installation, the dnsmasq daemon was stopped. Logically, the Pi-hole download that was supposed to to take place, did not work.

After a few tests the following approach showed to work

For  a long time I had wanted my own Raspberry Pi cluster and I finally managed to get started. There will be five nodes, which will give me 20 cores to play with. The overall plan is to manage the nodes with Ansible and run a Kubernetes cluster on them. 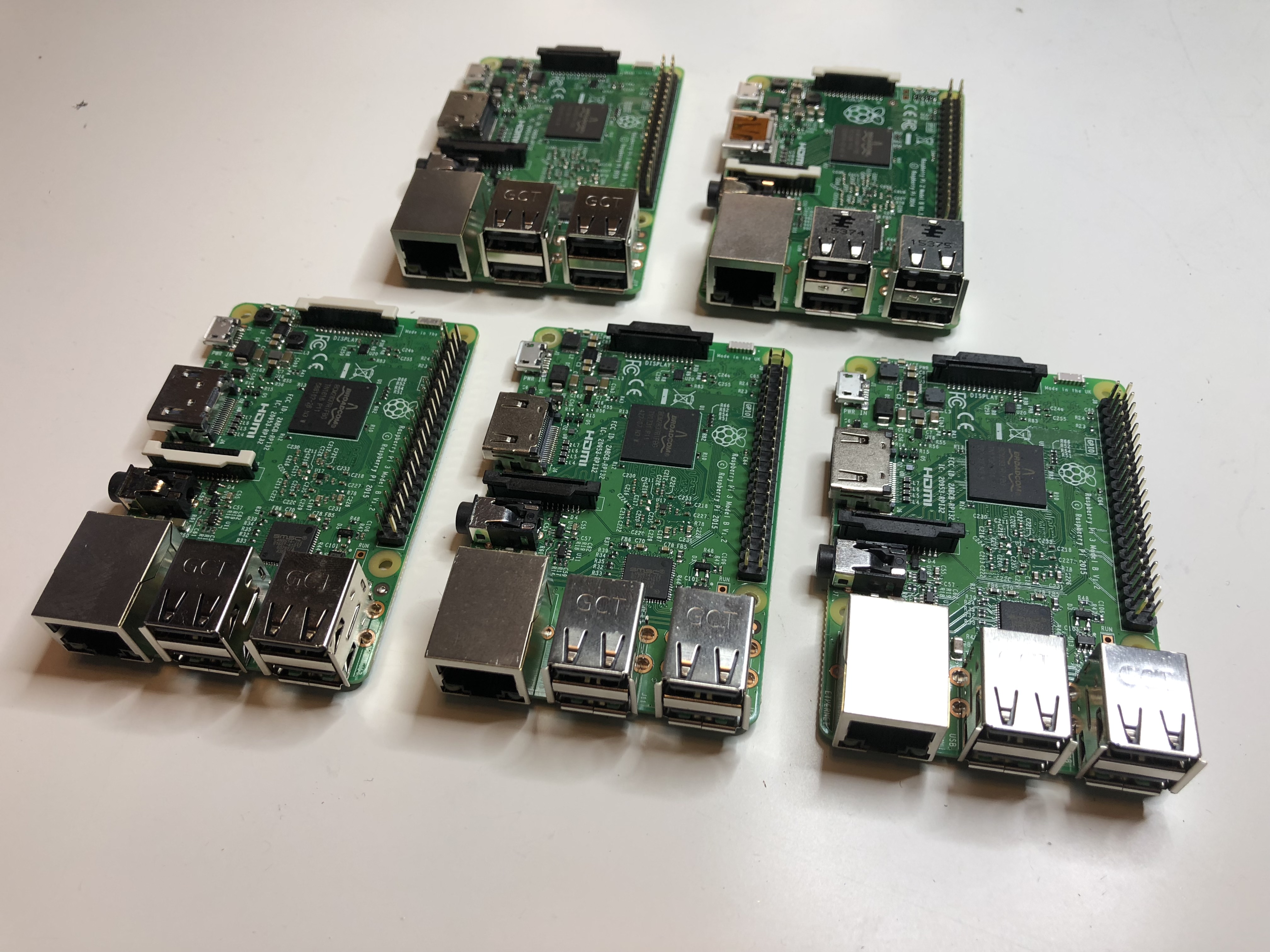 Let’s start with putting these boards together. I quickly settled for using spacer bolts. There are special ones for Raspberry Pi available, but I just got some cheap ones from AliExpress, as shown below. They have two disadvantages, though. Firstly, their diameter is a little bit too big for the wholes in the PCB (printed circuit board). So I used a wood drill size 3 to extend the wholes by just a fraction of a millimeter. You can somewhat see the white left-overs from the drilling at the lower left whole in the picture below. 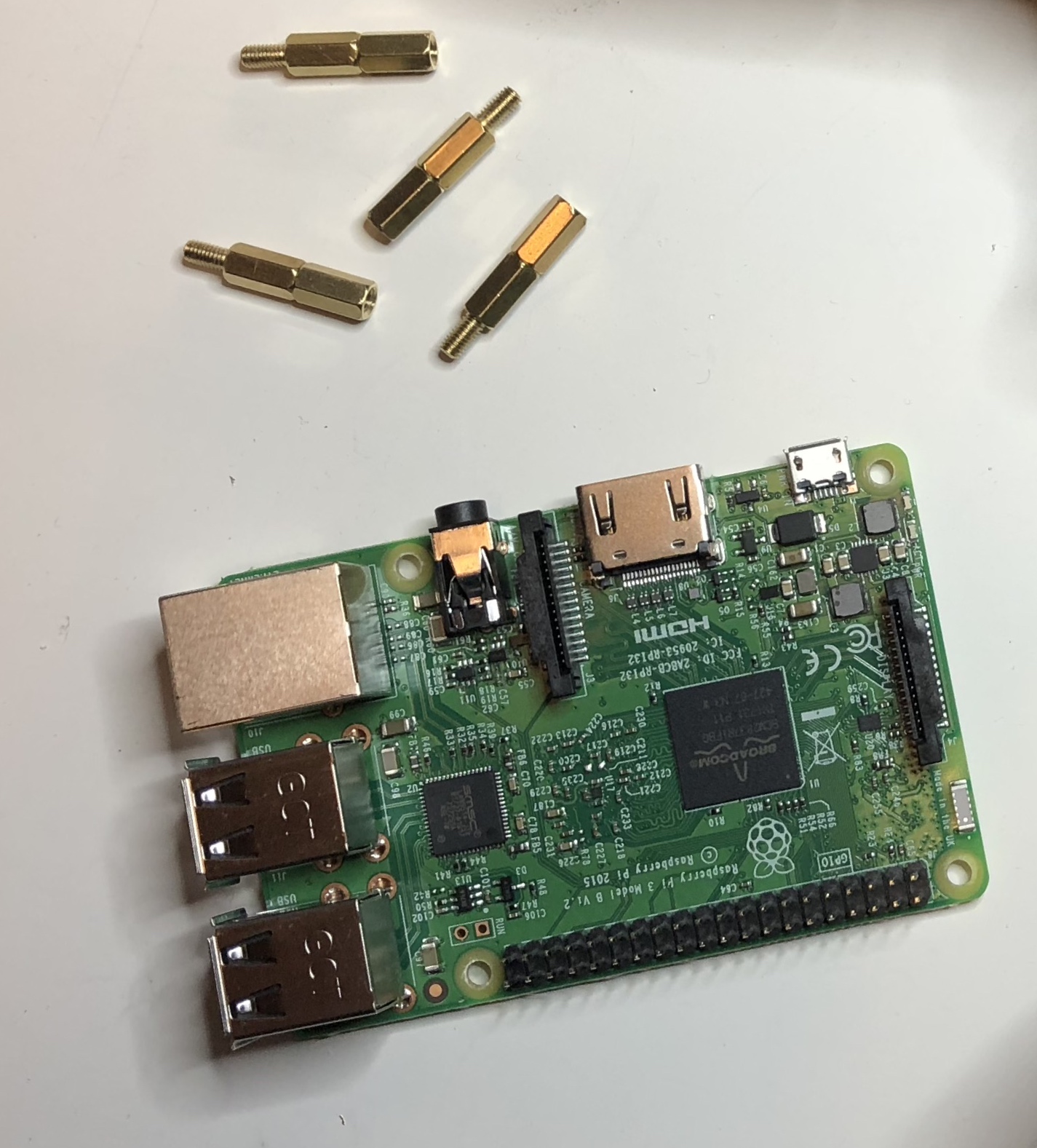 The second problem is that my spacer bolts are pretty short. So in order to avoid short circuiting things, I put insulation tape on top of the USB ports. 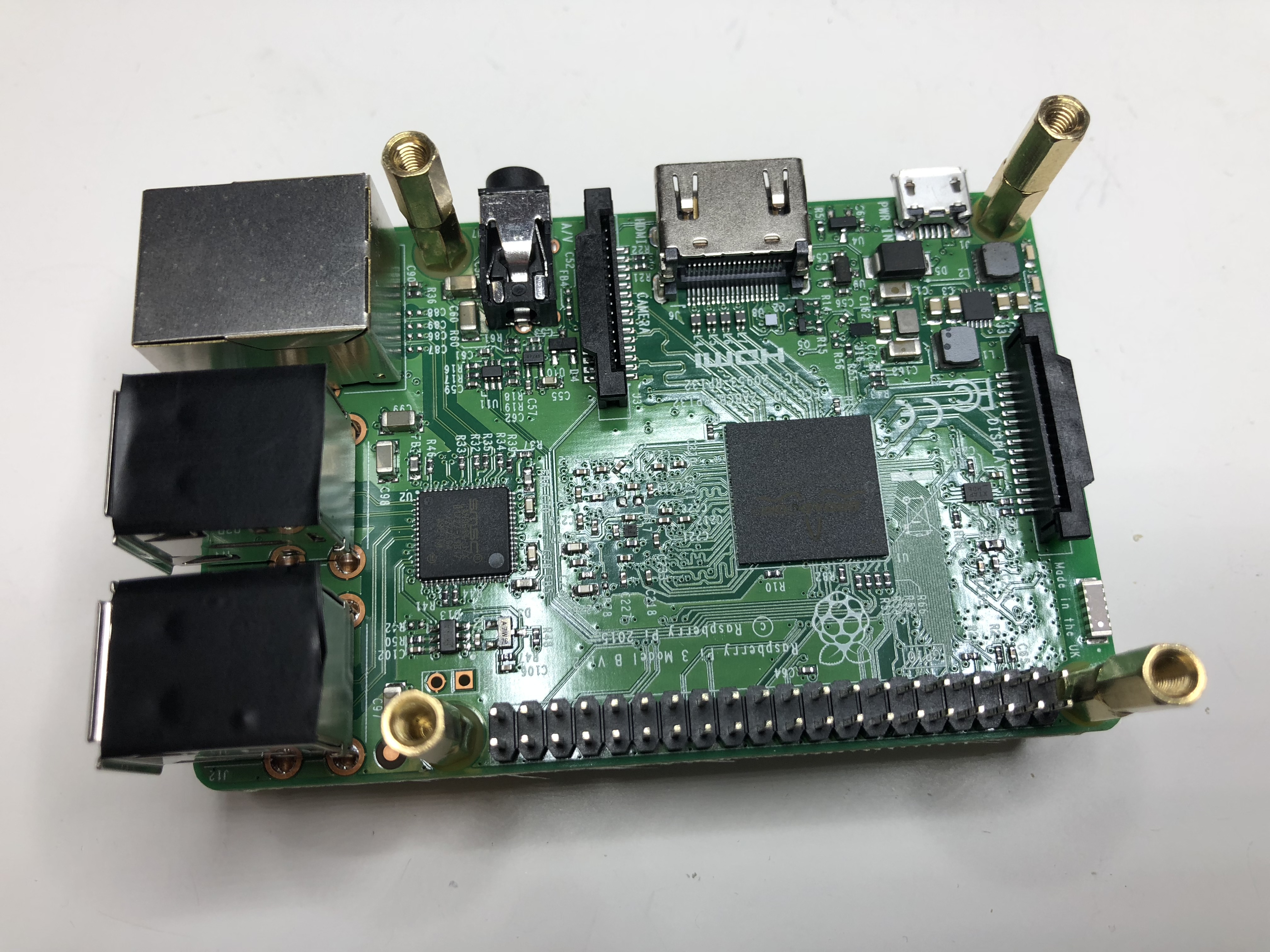 With these two small modifications I went ahead and assembled the Raspberry Pis into a nice stack. 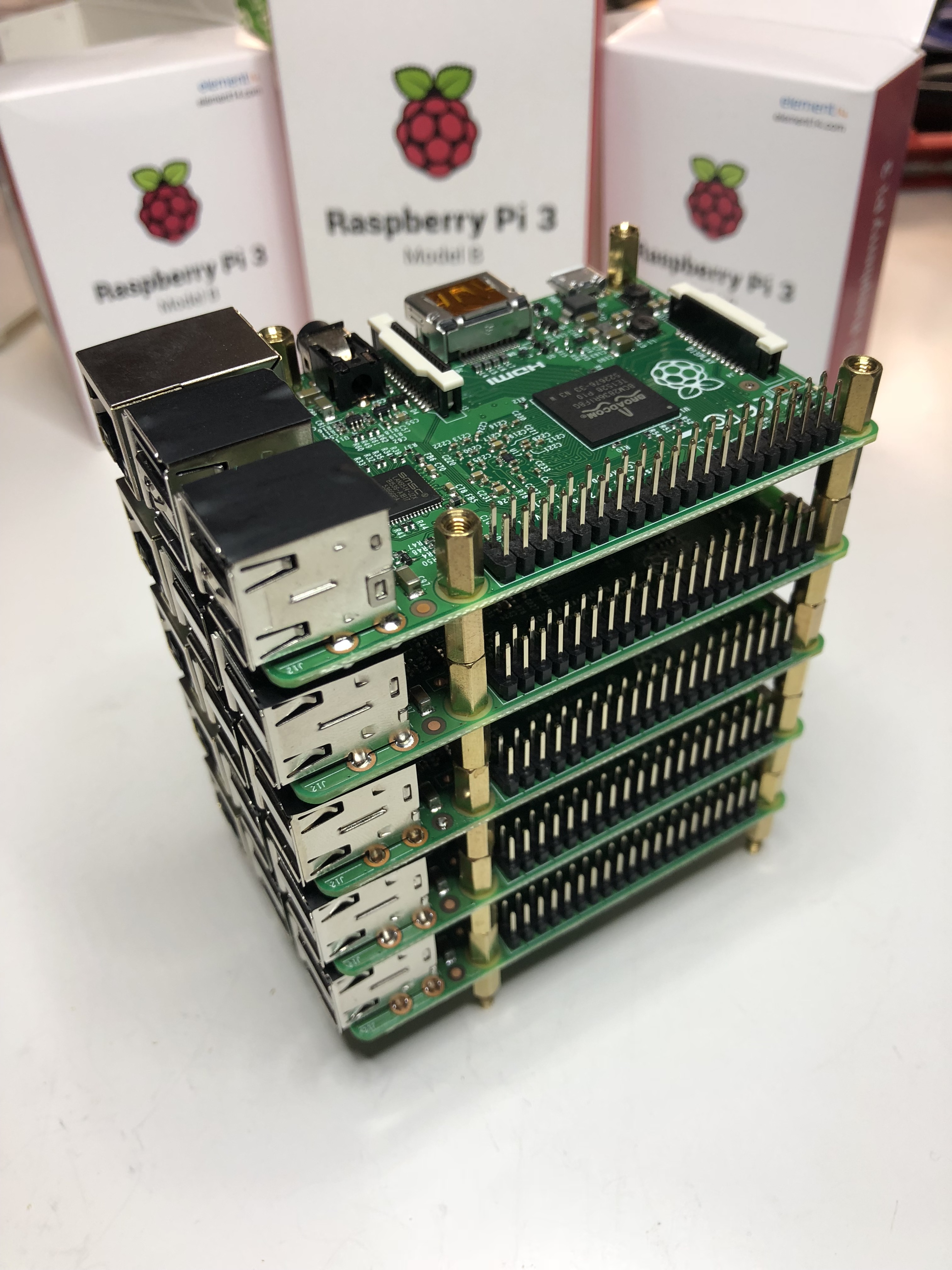 As power supply I chose a 5-port 50 watts USB model from Aukey, which I got a while ago from Amazon when they were on special offer. Aukey does such promotions quite frequently, so if you can wait a bit, you will be able to safe a few bucks.

And this is what things look like connected (excluding network of course). 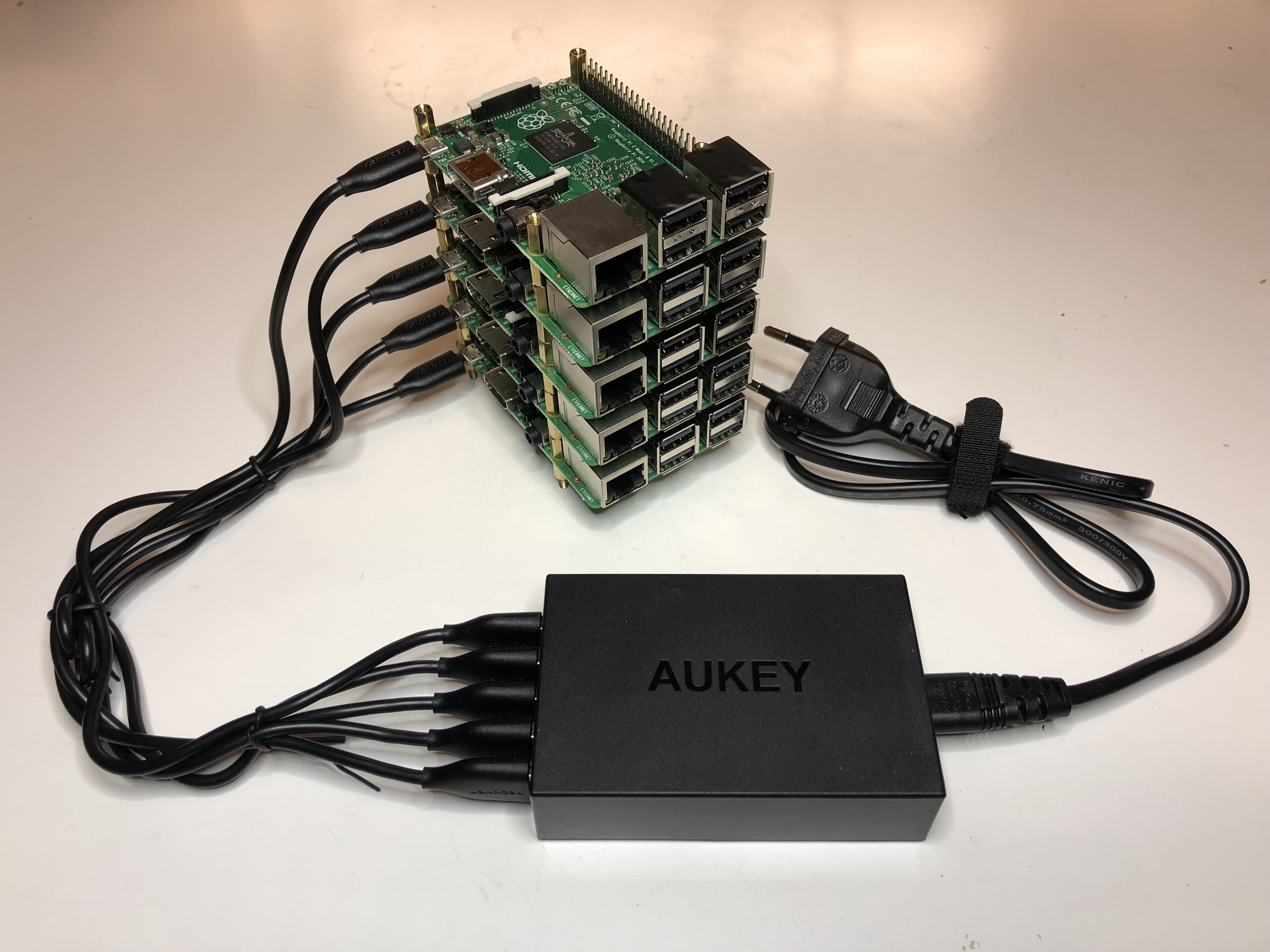 That’s it for today. Stay tuned for the next part in this series.

As mentioned in My WiFi Setup with Ubiquiti Networks UAP-AC-PRO I run the Unify Controller software on a Raspberry Pi 3. There is a ready-made package available for Debian and Ubuntu Linux, that can easily be used for this and I have been doing so for more than a year.

Just a yesterday, though, I broke things by overdoing it a bit with the removal of unneeded software from the Raspberry Pi. Through some “chain” the Unifi Controller had been removed and after re-installation it did not work anymore. Instead I saw a constant CPU utilization of an entire core by Java and also errors in /var/log/unifi/server.log :

The last couple of lines were showing up repeatedly, so obviously the system tried to restart over and over again. When you search the Internet for this problem, you will find out that you are not alone. Most solutions address available memory and not all people succeed with the various approaches to increase it (typically by removing memory from graphics and increasing swap space).

What I realized was that most discussions were for older versions and a recurring theme was that things changed between minor versions. So something that had worked for v5.6.19 did not necessarily work for v5.6.22 and vice versa. Also, changes to how Java was dealt with were mentioned quite often. Running Java-based applications on Linux can be somewhat delicate, so I do not blame the folks at Ubiquity Networks for that.

This was when I realized that the JVM on my system had changed. Before the accidental cleanup I had used the Oracle 8 JVM that gets installed via the Debian package oracle-java8-jdk. So I re-installed the latter and configured it as the default JVM via

This solved my problems instantly and things are up and running again.

Having been a very happy user of the Kodi mediacenter for several years, it was finally time to upgrade to a Raspberry Pi 3 and a Hifiberry DAC+ board for good sound.

For the sound setup I followed these instructions that made the new soundcard appear on Linux level, but not in OSMC (my current Kodi version of choice).

What finally made things work were two changes to the file /boot/config.txt (thanks to this thread):

I am currently listening to some music and the sound is really nice :-).

When you need to start OpenHAB in debug mode, the standard approach is to run the script start_debug.sh. But on the Raspberry Pi (i.e. on Debian) this script does not exist. Instead you need to edit the file /etc/default/openhab that contains an entry DEBUG=no, which needs to be changed to DEBUG=yes.

While exploring MQTT I had installed the Mosquitto message broker on my Raspberry Pi. However, the version that is in the Debian Wheezy repository is, as of this writing, really old (v0.15). So an upgrade was in order and fortunately the guys from Mosquitto have set up a Debian repo of their own and a description how to use it.

But on my system I then got the following message:
xxx@yyy:/etc/apt/sources.list.d# sudo apt-get upgrade
Reading package lists... Done
Building dependency tree
Reading state information... Done
The following packages have been kept back:
mosquitto mosquitto-clients
0 upgraded, 0 newly installed, 0 to remove and 2 not upgraded.

When trying to connect to my new Raspberry Pi via SSH, this only worked when done locally. It turned out to be caused by the /ect/hosts file. I had set the hostname using the raspi-config tool, which linked it with the loopback address instead of the real one (192.168.x.x). Changing it to the proper address solved the issue.