I have been an extremely satisfied user of FreeNAS for many years, but had not updated my system for quite a while. Having a free Sunday was the perfect opportunity to do just that.

There were two steps involved: First go to 9.3.1 and then to 9.10.2-U2. As my box sits in the basement and is headless, I opted for update via GUI and it went extremely well.

The only issue was that on 9.10.2 the jail template list was empty. A quick online search revealed that this was, unfortunately, expected. But on the other hand, in such a case there is a good chance, that someone else has already found a solution.

But it all proved a bit more challenging than expected. And  nothing I found worked completely. So I ended up with a combination of things from other people (in particular this link) and my own discoveries:

At this point everything should have been good – but it was not. Still no template showed up when I tried to create a new jail. So I added a jail template in the web UI, too. 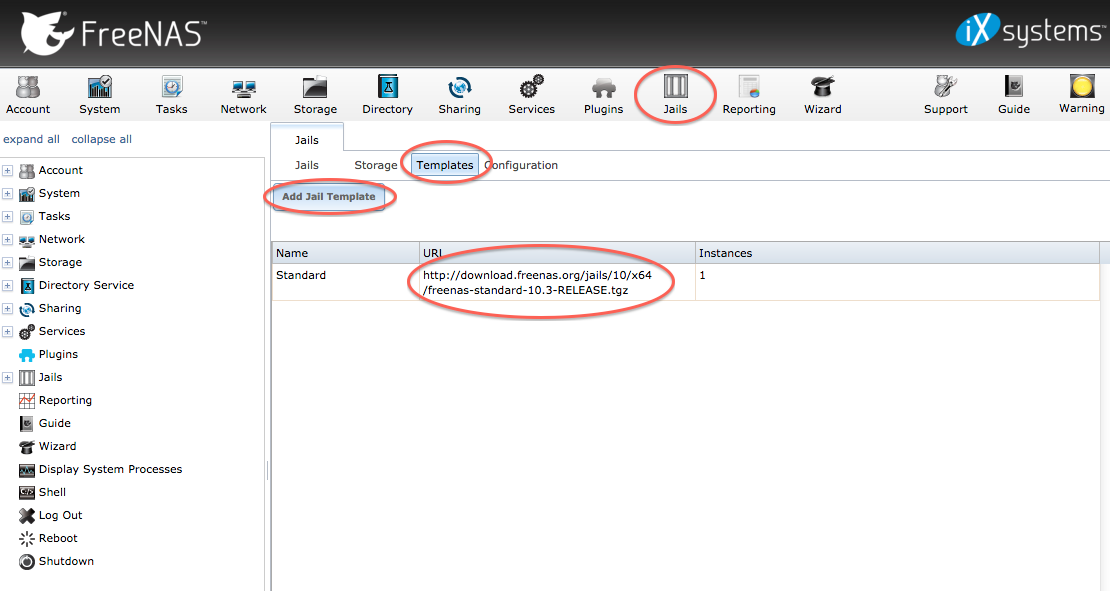 The URL is exactly the same as for the command line above. 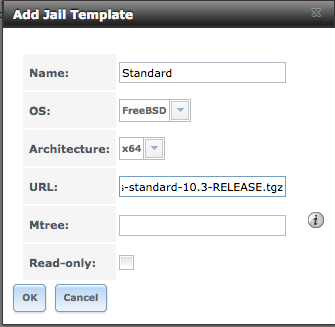 With this I was able to create a new FreeBSD jail.