There is an awful lot of people doing hobby projects with the ESP8266. I did not want to come up with the 47th incarnation of something, so the question came up, what an interesting project could look like. In the end I decided to develop a solution for managing a multitude of ESP8266-based devices. From a high-level perspective this will include the following components:

In my professional life I have been doing a lot of work on SDLC (Software Development Lifecycle) and configuration management, so the above project choice seemed a natural fit. It also happens that I am deeply interested in both topics and strongly think that poor application of them is often responsible for IT project failures.

The two main approaches for connecting an Arduino to an Ethernet network are the “normal” Ethernet shield or a module based on the ENC28J60 chip. While the Ethernet shield is easier to start with, it is comparatively expensive and also of little use for the smaller Arduino models (e.g. Arduino Nano or Pro Mini). 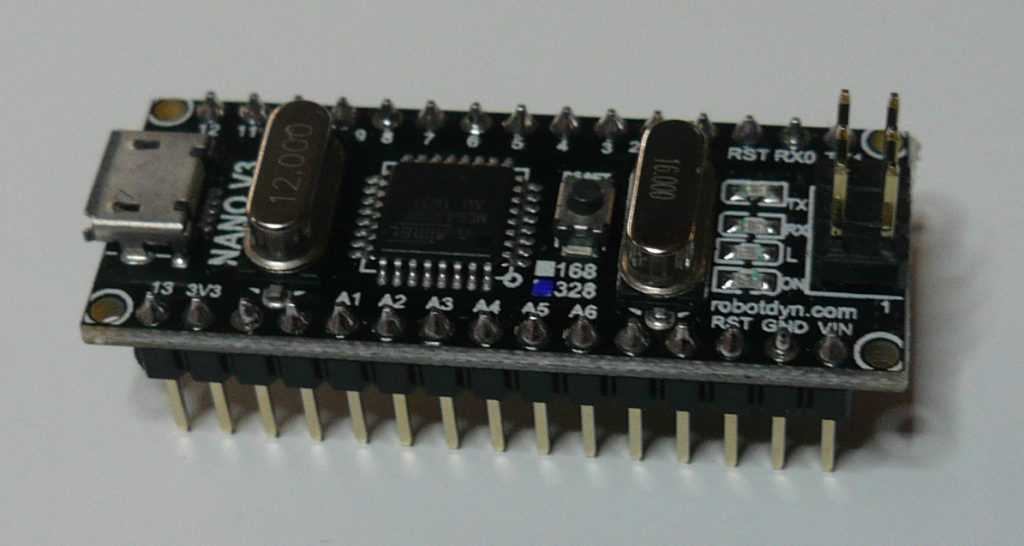 In contrast the ENC28J60 modules are cheap, small, and universally connectable. This comes, however, with the small downside that they are not supported by the Arduino IDE out-of-the-box. Of course, there is a myriad of web pages out there that deal with it in one aspect or another. There are two reasons why I add yet another:

What finally worked for me was using the UIPEthernet library, which can also replace the standard Arduino Ethernet library. I connected the ENC28J60 module with a recently purchased Arduino Nano v3 clone using the following connections


The Arduino Nano pin layout can be found here. The ENC28J60 module module offers a few more connections, as can be seen on the photo below. However, I used only the “usual suspects”. 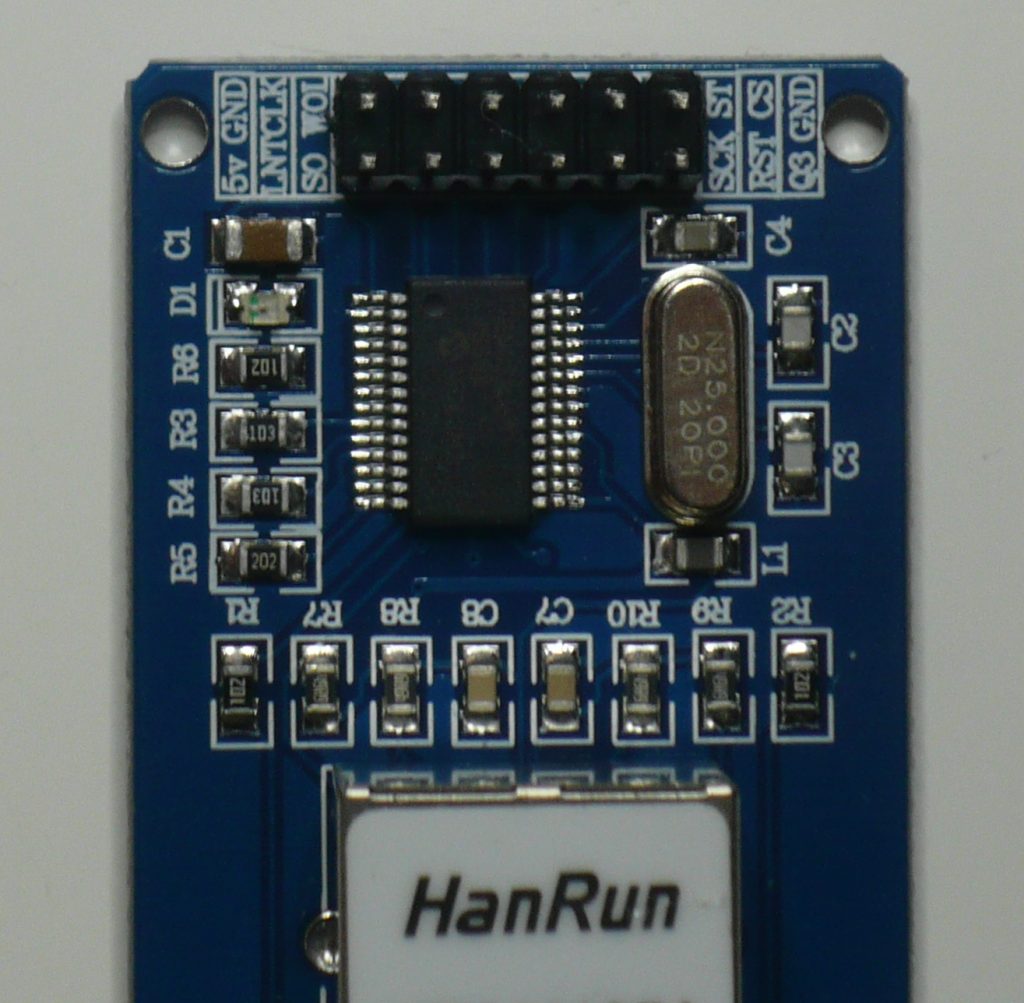 The next step is to put this thing to use. I am currently planning some kind of data logger for 433 MHz signals, that are typically used for entry-level remote control purposes.

Mostly as a reminder for myself here is a link to a free book about the ESP8266. It dates from August 2015, so a few things have happened since; including the announcement of its successor, the ESP32 (forum here).

Today I joined the many who have issues to program an Arduino Pro Mini or, like in my case, a clone thereof. The error message very many people seem to get is

There is an awful lot of stuff on the web how to solve this and I have tried to compile them in a list for others so that they can check:

In my case, however, it was even worse. Several of my clone board’s header connections were actually not connected! And among them was TX, so the error message was quite right.

Update Jan 06, 2017: The not connected GND pin was actually my own (soldering) fault.

For someone like me who comes from a non-embedded background (I specialize in things like EAI, SOA, etc.) the ideas of the NodeMCU firmware are really appealing. A nice scripting language, a slick GUI for rapid prototyping (ESPlorer) together with a highly active community seemed a perfect fit.

Unfortunately it did not work for me. The whole setup was unstable and I spent many hours to get a prototype (WiFi and MQTT connection) working reliably. I failed miserably with erratic behavior of the system. Sometimes a code change was “detected”, sometimes the old code was still executed. Compiling helped often but not always.

There are others who made the same experience and obviously spent more time on trying as well as the write-up (e.g. this link). I will now experiment with the Arduino IDE extension.

I feel happy for all those people who use NodeMCU without issues and hope to rejoin them as soon as possible!

After many, many years I rediscovered electronics as a hobby in 2015 and started playing around with sensors connected to an Arduino Uno R3 and Raspberry Pi. It was fun to link them with motion detection sensors and switch lamps on and off. One drawback, however, was the pricing of those components, if you want to have quite a few of them connected by WiFi.

This was when I stumbled over the ESP8266 microcontroller. It is very small, really cheap (around 2 Euros if you order in China) and has WiFi built in already. The downside, compared to an Arduino, is that you need to take care of a lot of things on your own:

But there is a really vibrant community out there and many problems have already been solved. So I will start writing about various aspects of this and look forward to feedback.

When you need to start OpenHAB in debug mode, the standard approach is to run the script start_debug.sh. But on the Raspberry Pi (i.e. on Debian) this script does not exist. Instead you need to edit the file /etc/default/openhab that contains an entry DEBUG=no, which needs to be changed to DEBUG=yes.

While exploring MQTT I had installed the Mosquitto message broker on my Raspberry Pi. However, the version that is in the Debian Wheezy repository is, as of this writing, really old (v0.15). So an upgrade was in order and fortunately the guys from Mosquitto have set up a Debian repo of their own and a description how to use it.

But on my system I then got the following message:
xxx@yyy:/etc/apt/sources.list.d# sudo apt-get upgrade
Reading package lists... Done
Building dependency tree
Reading state information... Done
The following packages have been kept back:
mosquitto mosquitto-clients
0 upgraded, 0 newly installed, 0 to remove and 2 not upgraded.